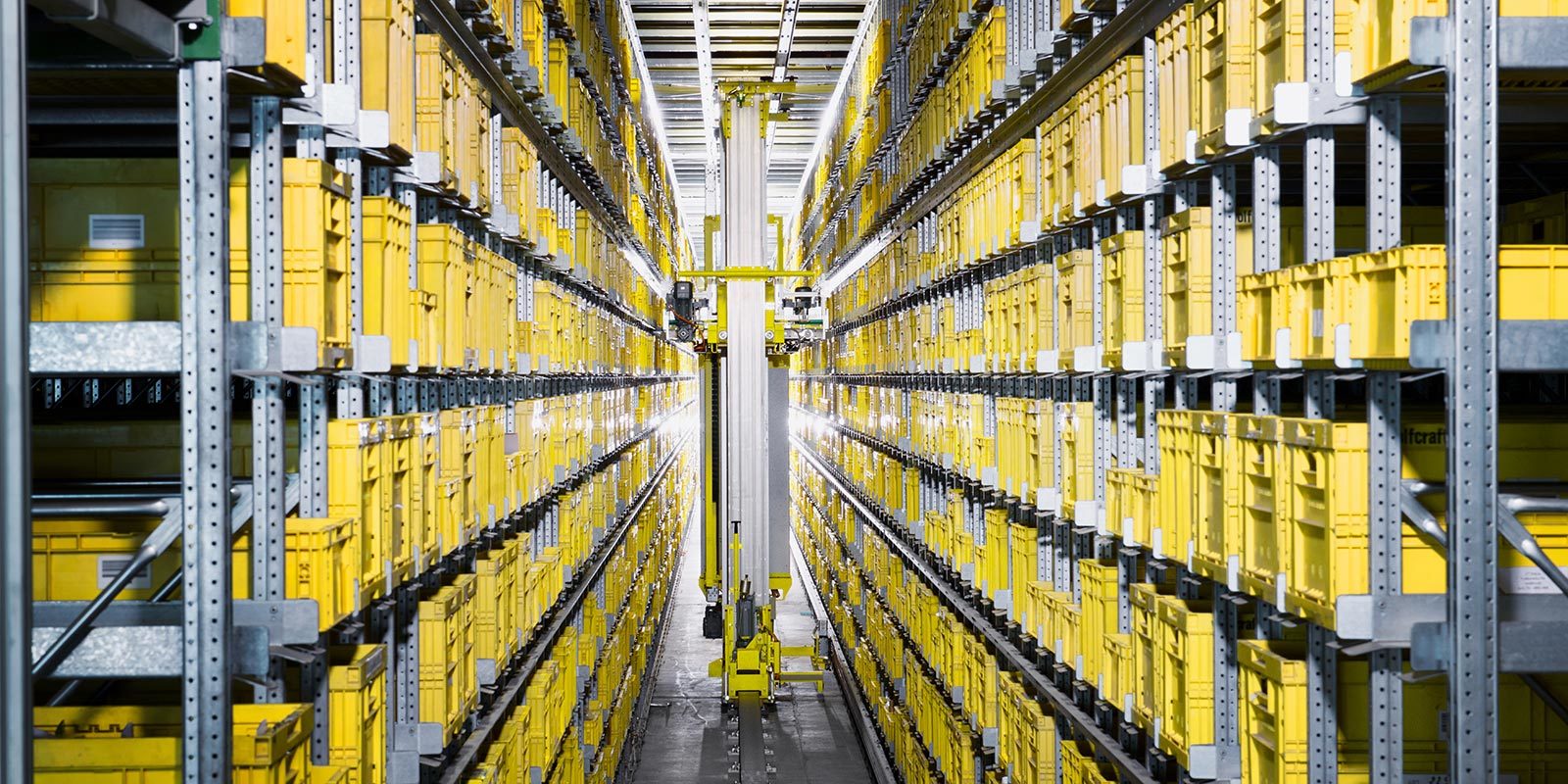 Long-term customer partnerships are of great importance to psb. They are based on sustainable intralogistics solutions and a comprehensive lifecycle service.

One of psb’s long-term customers is Max Schlatterer GmbH. Under the brand name »Esband«, the company produces and sells worldwide drive belts, transport belts, special-type belts and belts for the cigarette industry.

In the second common project within a few years only, the expansion of the automated warehouse is presently being implemented: Schlatterer is adapting the company’s capacity to its extended product range and the increasing sales volume.

In the year 2011, the company decided to comprehensively modernise the entire in-house logistics with psb technology . Fast, efficient and transparent processes; those were the declared goals of the re-organisation. Up to that time, the entire in-house handling of the produced belts, accessories and further materials, and also their storage, had been carried out manually. The first step of the modernisation included the implementation of automated conveyors and a one-aisle automated small parts warehouse.

psb designed a conveyor system to connect the different production steps, the receiving area, dispatch and storage. The specific framework conditions of the project quickly led to the decision to employ a grid conveyor. The belts are transported hanging at hooks in bundles of about 8 kg weight.

In addition to the buffering and picking of finished goods, the automated small parts warehouse serves to take up various accessory components and further materials. A number of small and inefficient storage locations were consolidated in the new central warehouse facility.

With the growing product range and the increasing sales volume, the capacity of the small parts warehouse had no longer been sufficient. Therefore, the system was expanded by two more aisles. Now three aisles, in total 4000 totes are stored double-deep. A multimodal workplace has been connected with the warehouse, which can be used for both, order picking as well as for goods receipt and goods issue.

The first storage aisle was managed by the customer’s ERP system. In order to optimise the performance also in this respect, all functionalities are now controlled by the proven psb selektron WMS.

Already at this point, the interface to the ERP system has been designed in such a way, that it fits to a SAP WM system, which is planned for the future. The connection will be achieved by the certified psb selektron IDOC interface to SAP.