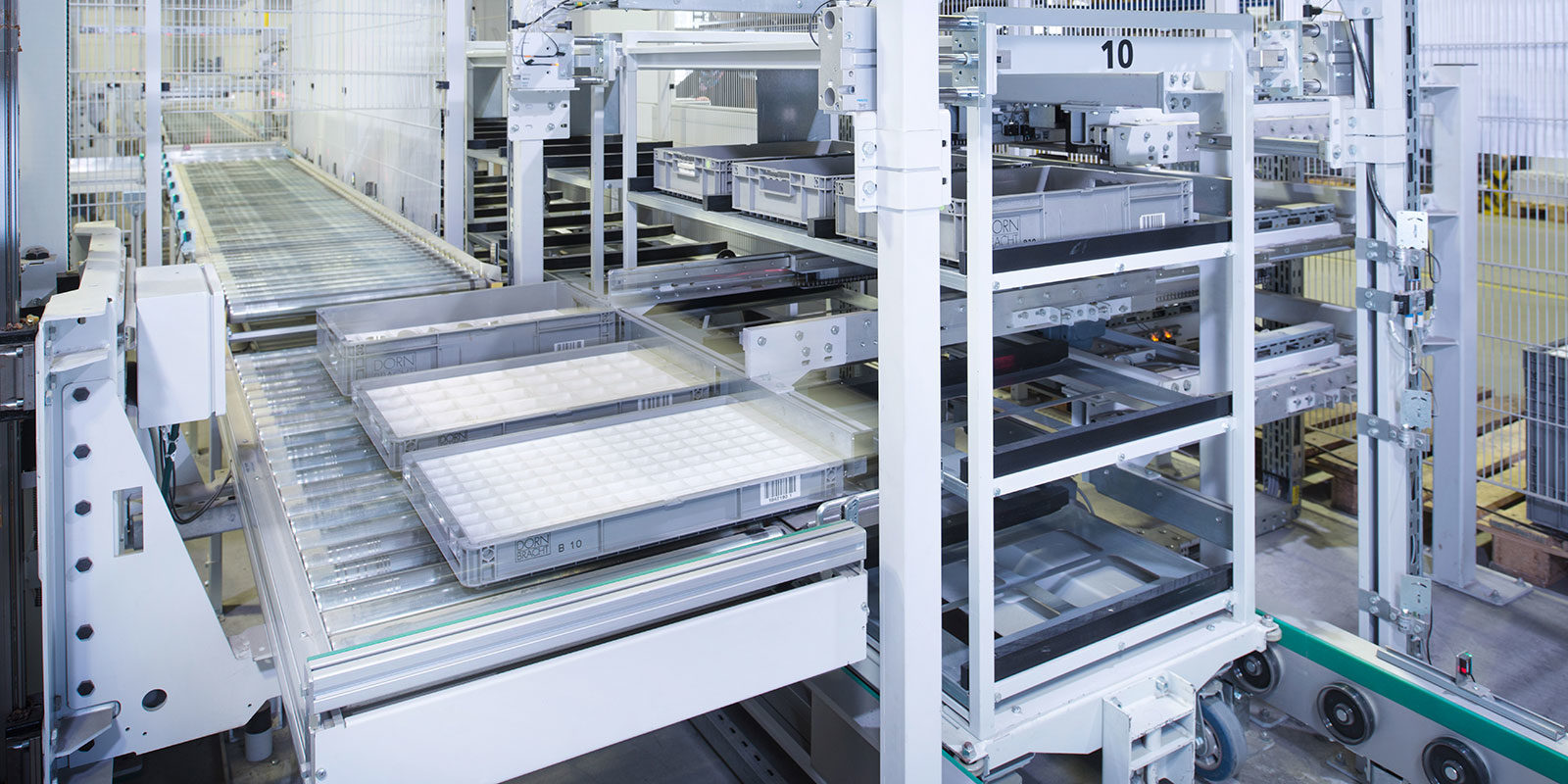 Dornbracht – since 1950, this name signified the production of high-quality designer fittings and accessories for the bathroom. The products of Aloys F. Dornbracht GmbH & Co. KG, a medium-sized family company, have won numerous awards and significantly shaped the decor, architecture and functionality in bathrooms and kitchens.

Dornbracht commissioned psb with the design and implementation of an innovative and scalable concept in order to optimize the company’s inhouse assembly supply logistics. This became inevitable because growing throughput volumes had caused bottlenecks at the manual order picking workstations in front of the small parts warehouse; this facility was supplied by psb as well. 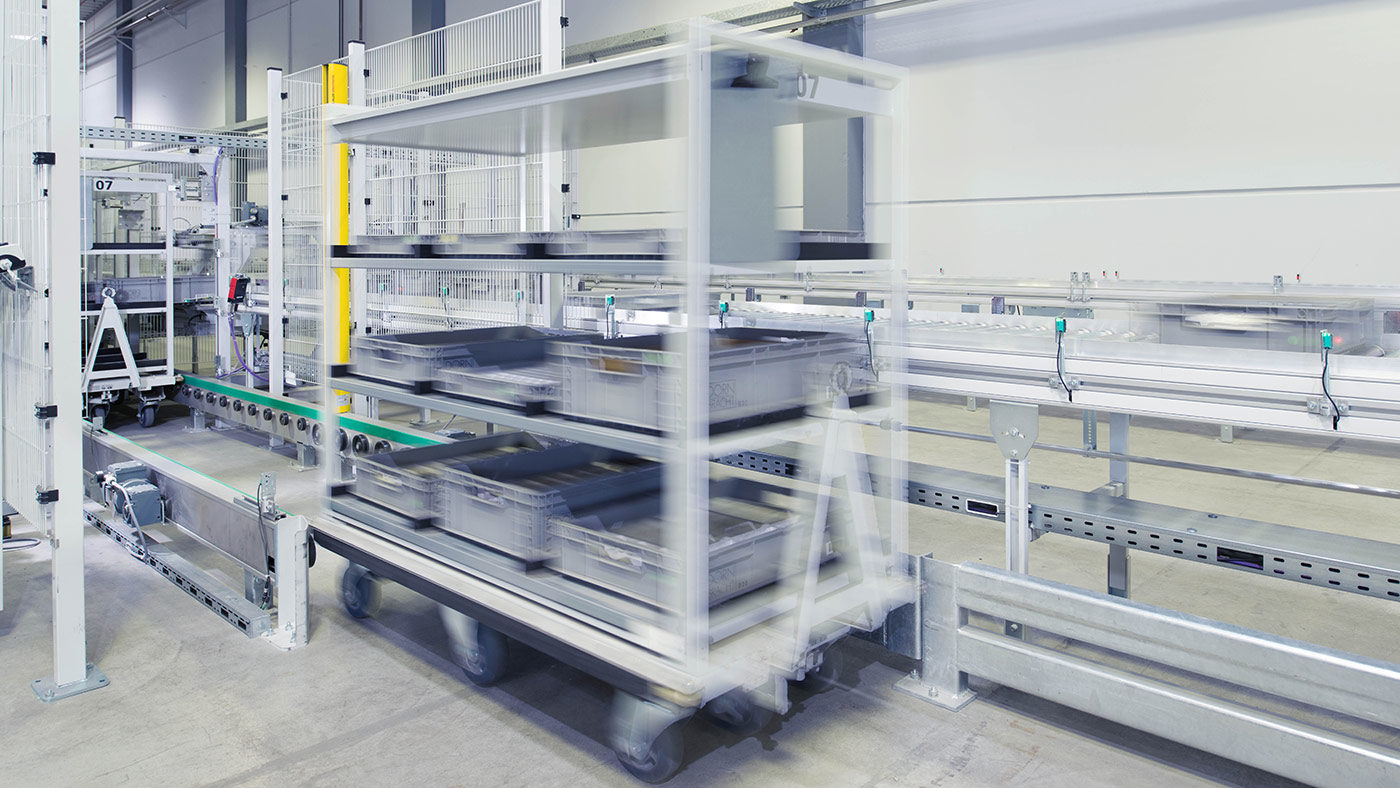 On the basis of the requirements specified by Dornbracht, a concept was developed in close co-operation between both companies. One part of the solution is the automated order picking station with integrated loading and unloading station. The other part consists of transport carts with racks for bins, which are connected to form supply trains.

With the picking station, Dornbracht could increase the flexibility of the assembly supply and speed up the supply procedure. In addition, a constant picking performance could be achieved and the order control process became more transparent.

The station presorts the bins automatically to six sorting lanes. Each buffer lane has a capacity for nine bins; by block discharge they move at short intervals to the loading station. If the materials for one production order are complete, the station pushes the bins (three rows above each other) onto a transport cart. The loaded carts are brought as supply trains to the respective destinations.

If in the assembly area all required items have been removed, bins with a residual stock remain on the carts and are brought back to the station. There, the carts move to an automated unloading device, which identifies the bins, pushes them to the return track leading to the small parts warehouse, and by a weighing process synchronizes the quantities.

A detailed description of the project can be downloaded on this page.

Best Practice as PDF
Back to Overview