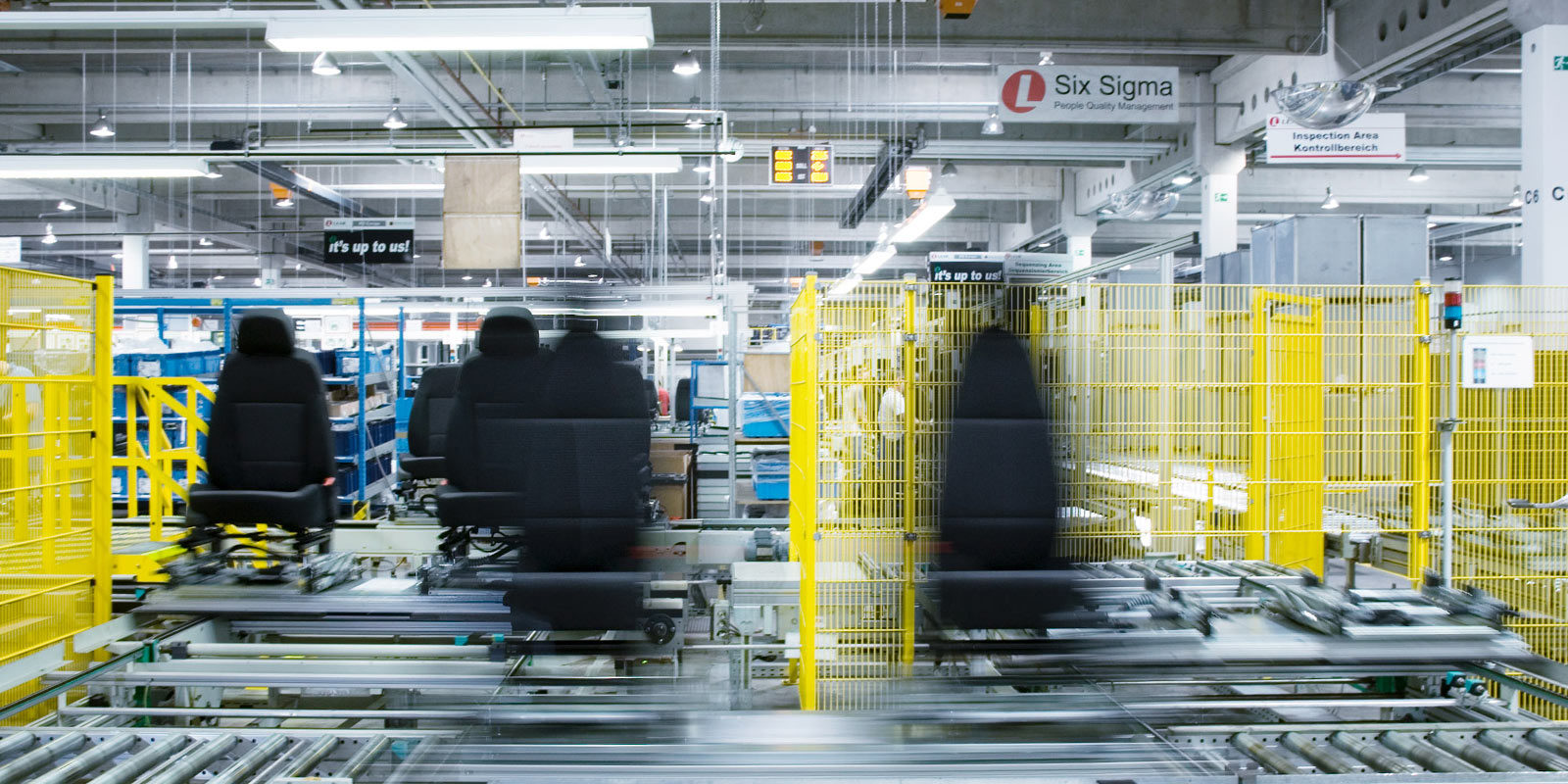 The seating sets have to be manufactured and buffered in a load buffer, in the requested order. Disassembly and reconstruction of the existing conveyor technology, extension of the sequencer and the installation of a new assembly line were also part of the project.

Pre- and final assembly of the front seats is in parts done on line, and in groups outside (of line), respectively. In the line, the mounting bases are transported on the conveyor from one work station to the next.In group production, several work stations are pooled to modules. The work stations are arranged in a parallel fashion with the main line; if they are reported to be vacant, they are automatically supplied out of the line.

The shipping trays run into the JIT buffer, or they are moved by a sequencer directly into the load buffer (in the right order), collected as load unit and then via the docking station handed over to the truck trailer. The empty shipping trays are returned from Opel in piles of six trays; they are depiled automatically and routed back to the loading station. The information processing requirements are based on the requirements and experiences of Lear and psb.

Best Practice as PDF
Back to overview