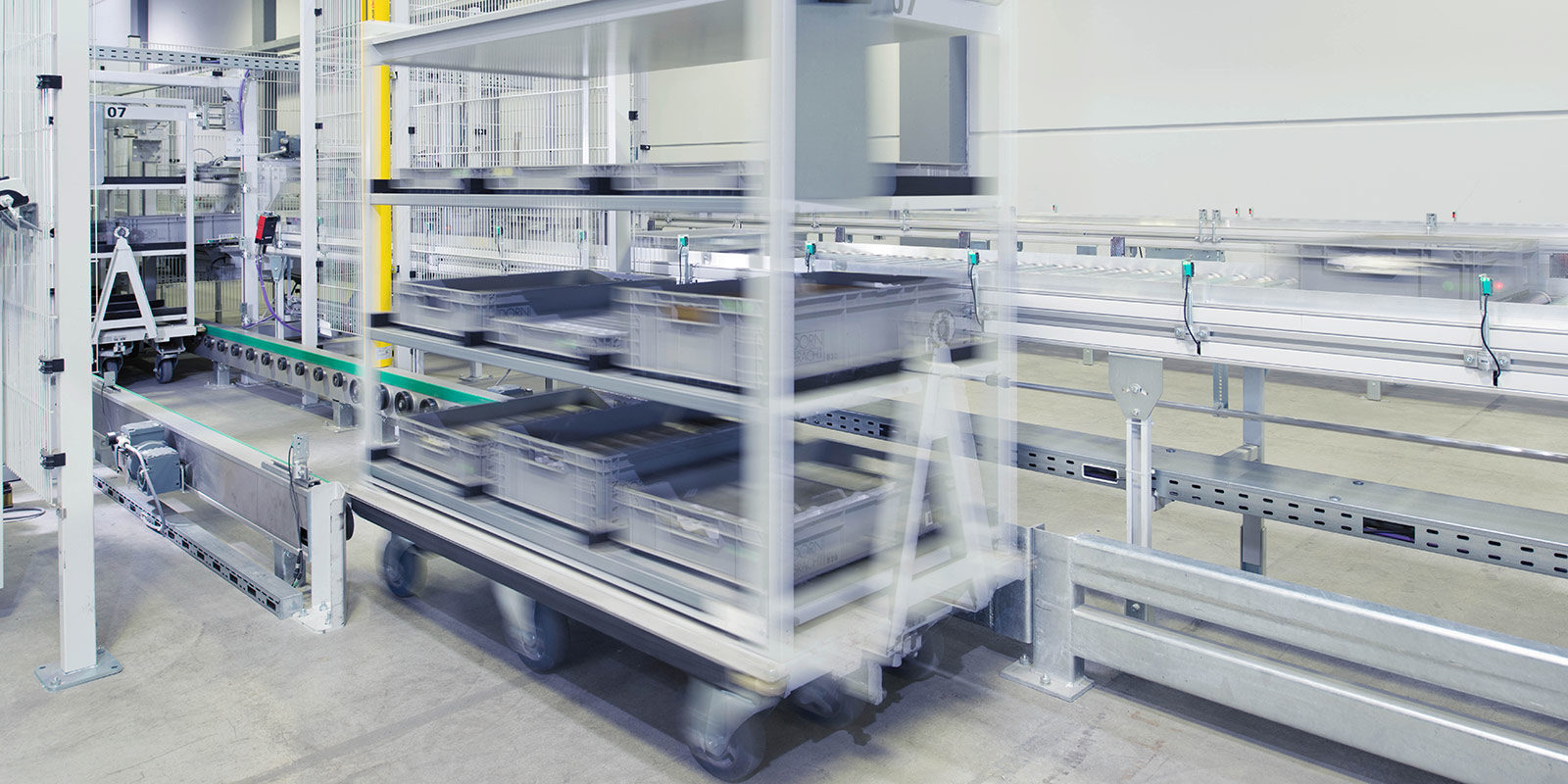 Besides the conclusive concept, the long-term good cooperation of both companies was an important criteria to decide in favour of psb as partner in the project. Another major point is the end-to-end connection to the small parts storage, which was supplied by psb as well.

On the basis of the requirements specified by Dornbracht, a concept was developed in close cooperation between both companies. One part of the solution is the automated order picking station with integrated loading and unloading station. The other part consists of transport carts with racks for bins; these carts are connected to form tugger trains.

With this station, Dornbracht could increase the flexibility of the assembly supply and speed up the supply procedure. In addition, the order control process became more transparent. Operations at the manual picking workplaces were reduced, so that a third shift could be saved, which at other times had been inevitable.

The material to be picked includes all items, which from their size fit into the transport and storage bins of the small parts warehouse. The material is taken out of the warehouse (installed 2010 by psb intralogistics) and is either transported to the manual order picking workplaces, or to the station respectively.

The station presorts the bins automatically to six sorting lanes. Each buffer lane has a capacity for nine bins; by block discharge they move at short intervals to the loading station. If the material for one production order is complete, the station pushes the bins (three rows above each other) onto one of the transport carts. In supply trains, the loaded carts are brought to the respective destinations.

If in the assembly area all required items have been removed, the empty bins are pulled from the carts and stacked at the station. Bins with a residual stock remain on the cart, which by the pulling vehicle is guided back to the station. At this point, the logistics worker transfers the bins to the conveyor system. The carts move to an automated unloading device, which identifies the bins and pushes them to the return track leading to the small parts storage. By a weighing process, the station synchronises the quantities.